If you just want a ride somewhere in Michigan, catch a bus. If you really want to ride, buy a used Harley in Michigan from us.

Michigan motorcycle riders and enthusiasts love their Harleys. As riders and enthusiasts we understand why they feel as they do. But, generally there is one thing that holds many back from buying a Harley Davidson motorcycle in Michigan. When you look at new Harleys, quite bluntly, they are expensive and are priced far higher than many people can afford. When you look for a used Harley in Michigan from most used motorcycle dealers,  price still often becomes an issue.

Ready to Own a Harley? 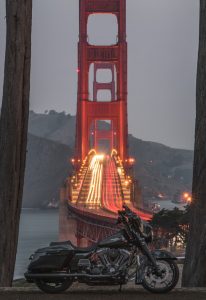 The best way for us to sell motorcycles in Michigan is to offer them for sale a low prices. Even though we might be able to sell a used Harley for more than what we will ask for it, doesn’t mean that we should. We’re riders and we’re motorcycle enthusiasts and we want you have the ability to afford to buy the used Harley you want. And most of all, to ride and still stay within a reasonable budget.

Cost of A Harley

We will be the first to admit that at times we too think that Harleys are generally overpriced. But, they are an American legend that commands the respect they have garnered over their many years. With Michigan being such a great American state, and the people of Michigan being so loyal to buying American when they can, we understand even more so the desire to ride a Harley in Michigan. We also understand that Michigan has been hit hard economically over the past few years. This just gives us even more reason to sell used Harleys in Michigan at low prices.

If you’re ready to catch the ride of a lifetime on something other than a bus and you want to ride a Harley, then shop with us where you will always find great deals on our inventory of used Harleys. Be mindful though that we don’t have too many used Harley in stock at our Michigan based used motorcycle dealership. We sell at such low prices that they do move quickly. But, even if you don’t see the used Harley you want today, let us know what you want. We will do whatever we can to help you get the used Harley you want in Michigan at a very low price.